Why does Meghan Markle drag herself into controversies? An Astrological Read. 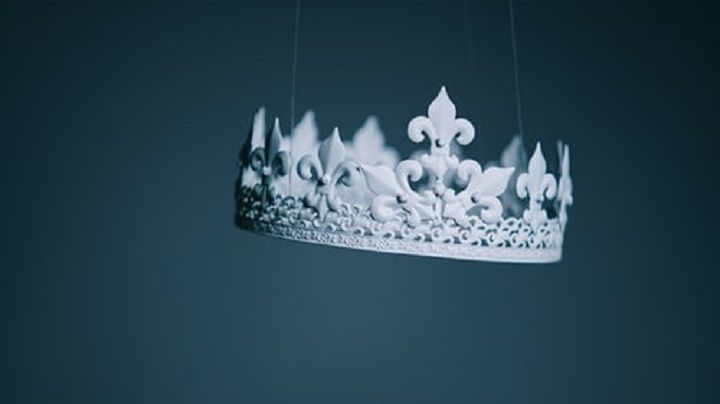 Meghan Markle who went from being an actress to the Duchess of Sussex has always been in news and tabloid for one reason or the other. Ever since her marriage or even before that, her engagement to Prince Harry, she has been the subject of various controversies. The media especially the British media, seems to be out to get her and they are not alone in the matter. The public is also seen to be against some of the choices that the duchess of Sussex has made. She is seen to get herself dragged into a series of controversies and her actions are given the name ‘ROYAL REPEAT’.

Taking into consideration some of her most talked-about controversies, we have done a detailed reading of the duchess of Sussex to give an astrological reading on the reason for her controversies in those subject matters.

Ever since her admission to the Royal family, Meghan has been kept on a close eye by both the British media and the public. One of the flaws of Meghan that both the media and public like to pick out on is her dress code. “Meghan’s chart shows the 1st house of her chart to be identical to the moveable sign of Karkata (Cancer) which shows that she has a good fashion sense,” says astrologer Samundra. However, Rahu is also occupying the 1st house of her chart and though she can be a fashion icon, the influence of Rahu can bring about various controversies in her life as well.

The duchess recently attended the 2019 One Young World Summit, in Kensington, West London wearing a stunning purple dress. It was her first public appearance after the bombshell ITV documentary where the duke and duchess opened up about their situation and expressed feeling vulnerable due to public scrutiny. Her appearance brought up new controversy altogether.

Ladies who launch! This afternoon in the Woodstock district of Cape Town, The Duchess of Sussex joined inspiring female entrepreneurs who shared their passion for ideas, technology and making a positive social impact. Each of the women shared amazing stories of how they started in business, the journey they’ve been on – successes and struggles – but also their ambitions for the future. Female empowerment and championing women’s rights is a key focus for The Duchess. By taking small actions we can make a big difference. Thank you to the inspiring women The Duchess met today, who are setting this example every day through their dedication and determination. #RoyalVisitSouthAfrica Photo ©️ PA images / Sussex Royal

Meghan without a doubt is a fashion and style icon for many women. But, just as our astrologer has suggested, she has been caught up in controversies due to her fashion choices. Her choice style is seen to be widely against the British Royal dress code. Her choice of clothing does not sit right with the British public and media. Looking at her chart, she does not seem to ever give up on her sense of style anytime soon. She may agree to some of the dress codes of the Royals, but will not give up on her fashion choices entirely. This is one controversy that does not look to settle down in the near future.

Recently, the duke and dutchess of Sussex got all the media attention in what was the biggest controversial subject they have faced to date. The couple faced a media backlash over their use of the private jet. The use of a private jet wouldn’t have become that big of controversy had the couple not been proactive regarding environmentalism work. Due to their stand regarding environmentalism, their use of a private jet was branded as hypocritical.

Astrologer Samundra weighs in on this subject matter,” as mentioned prior, Rahu is in the 1st house of Meghan’s chart. It suggests she is quite the philanthropist. But, Rahu is not a planet that is known to bring fortune. Due to its influence, Meghan can find success as a philanthropic but the influence of Rahu surrounds a person with controversy that is not easy to escape.” He further mentions that Moon is occupying in the 3rd house of her chart, as a result, she is goal-oriented. Though controversies may try to bring her down, she will rise above them and continue to stride forward.

Personal life of the Duchess of Sussex

Meghan is known for being private when it comes to her personal life. She does not like to show or talk about her personal life and relationships. That does not, however, mean that others will stop speculating. There have been many news and media rumors about how other members of the royal family are not particularly fond of Meghan. There was even news of her and Prince Harry having issues in their relationship as well.

Happy Heritage Day South Africa! 🇿🇦 • Today we are celebrating the great diversity of cultures, beliefs and traditions that make up the rainbow nation. Bo Kaap streets filled with colour and music while Their Royal Highnesses were welcomed to one of the most vibrant neighbourhoods in Cape Town. The area has seen inter-community tension rise over the last few years, yet days like today show how faith, traditions, food and music bring people together, and celebrate the things that unite each and every one of us. The Duke and Duchess are so happy to have been invited to the festivities in Bo Kaap today, and were overwhelmed by the amazing welcome. #RoyalVisitSouthAfrica • Photo ©️ photos PA images / SussexRoyal

According to the astrologer, there is a conjunction of Mercury and Sun in her chart which forms what is known as a Budhadditya Raj Yog (Kingly Yog). This is like a blessing from the planets that strongly favors for a person’s success. Sun and Mercury in her chart are aspecting towards the 7th house which supports her relationship endeavor as well. Despite all of the speculation and rumors about her relationship, the duke and duchess are going to do well in their relationship.

After all, she knows how to handle and win over the controversies and allegations as she has played the role of a kickass Lawyer in the most successful TV show Suits as Rachel Zane. (Wink) (Wink).

Justin Timberlake’s Apology; Does He Mean It? An Astrological Read

Are Kylie Jenner and Travis Scott getting back together? An Astrological Read on Kylie and Travis horoscope compatibility.