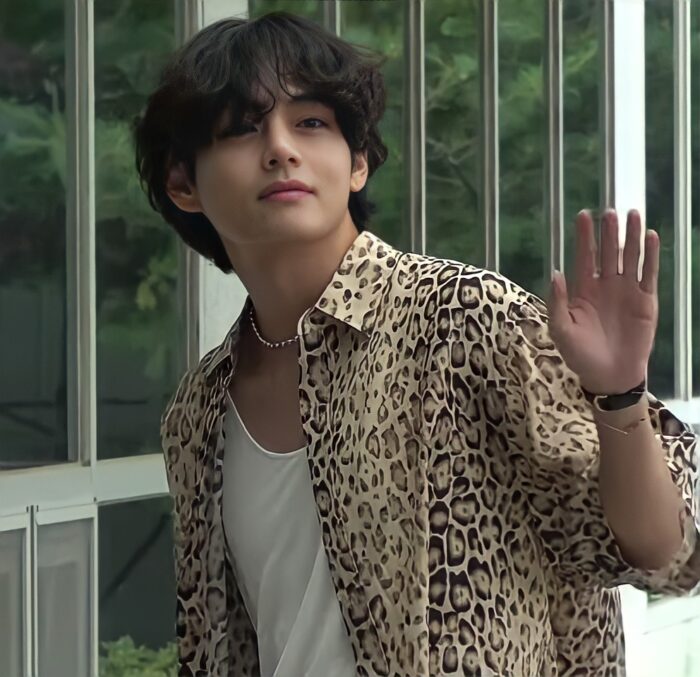 Today is a day of worldwide celebration for the happy return of the day of global icon and Armies’ sweetheart BTS’ Kim Taehyung aka V. He was born on December 30, 1995, at 5:56 am in Busan, Korea.
On this happy occasion of V’s birthday, we present the gift of Tae’s birth chart reading. Let’s unwrap it.

V is born Sagittarius ascendant which implies he is a vibrant and happy-go-lucky person. He carries an optimistic outlook on the world. He is endowed with childlike curiosity hence he seeks satisfaction in expanding his horizon. Jupiter as his ascendant lord to occupy the ascendant house signifies V is truly a Jupiter person meaning he is an eternal student of life and keeps on evolving with time. This could be the reason why Younger V is different from chalk and cheese to Current V. His transparent maturity is visible in the way he has transitioned from younger V, a cheerful & loud one to Current V, calm & stoic.

JUPITER as his ascendant lord makes him free-spirited hence his aesthetic style echoes with delicacy, boldness, and free spirit too that left people smitten and swooning.

Interestingly, VENUS and MERCURY are conjoined in the second house (house of voice & throat). A native with VENUS in the second house is blessed with a heart-melting and honey-deep voice thus it all makes sense why various vocal coaches and fans flocked over to praise his voice. And it can’t be missed out to highlight how even during the era when BTS weren’t this big as they are now, the legend & gifted artist, composure, and choir director, Iris Stevenson was the first one to notice the true potential of his voice and appreciate his vocal with words: “It’s soulful, people feel something when you sing.” And there goes Cold Play’s Chris Martin who can’t help but fall in love with Tae’s mellifluous voice to the extent that he complimented him as “Second Chris Martin”. The conjunction of VENUS-significator of beauty and MERCURY in his second house of voice gives hints his vocal has magic in it and that it touches the soul of a person. As a result, a career field related to singing, composing, dancing or anything that has a creative and aesthetic touch to it is, he is to excel in it and achieve the pinnacle of success garnering impressive accolades and massive fame & recognition.

All Armies must be familiar with how V was raised by his paternal grandparents as his families were swamped working harder to meet the necessities and financial needs. Looking at his natal chart, the fourth house associated with mother is occupied by KETU. KETU is notorious as a detachment planet which does hint to a certain degree he is to confront life situations where motherly warmth and affection could be lacking but not necessarily due to toxic relationships. As RAHU represent paternal grandparents which are occupying the tenth house (house of father and authoritative figure) of his natal chart which is why more than his parents, his grandparents were more of like fatherly figure for him and his grandparents were fill the love & warmth he lacked from parents.

WHO IS HIS SIGNIFICANT OTHER?

The seventh house is associated with love and relational aspects of a native whereas the lord of the seventh house reveals the characteristics possess by their significant other. And it’s MERCURY that holds the lordship of his seventh house whereas MERCURY as a significator of communication & thinking does imply V will be blessed with an understanding love partner who will be a natural conversationalist. She will excel at building a meaningful bond through deeper talks including sensitive and uncomfortable conversations as well. She will make V feel understood the way she gets him and make him feel comfortable in opening up. The prominent emotional feature she possesses is that she takes pleasure in laughter and even more to share with others. Furthermore, open-mindedness, inquisitiveness, dynamic, and rational thinking are prominent valued qualities his future life partner possesses.

As Mercury is responsible for imparting a youthful appearance which is why Mercury as Tae’s seventh house (house of spouse) lord signifies his future partner endowed with a baby face. Since Mercury is in conjunction with Venus does indicate he is to cross paths with his significant other in career settings. She will have tall stature with a comely and aesthetic vision. In addition, Mercury is the planet of playfulness which is why she will be a perfect duo matching the level of playfulness Tae has. She will be of vibrant and jovial personality with a unique sense of humor who will keep his face carved with smiles.

QUALITY OF HIS LOVE LIFE

Jupiter in the Lagna (ascendant house) offers a native an ideal love life. As Tae has Jupiter in his ascendant house which is why a love that is unconditional and true is on the card for him. He will get to experience a joyful and deeply satisfying love connection with a sense of appreciation in it for the way he is unlike a BTS member.

Nonetheless, the slow-moving planet Saturn has its aspect on the fifth house (house of romance) of Tae’s chart signifies his love life will have a late blossom. Saturn has the propensity to make him wait before he is finally acquainted with the love of his life. Moreover, Saturn can pose restrictions and hindrances for him to have a normal love life which is why even though he is to begin dating, prospects are there for him to keep things under wrap.

Mercury-ruler of his seventh house (love & relationship house) conjunct with love planet Venus in the second house of his birth chart does signify a blissful relationship is promised for him. Hence, despite Saturn’s hindrances and delays in his love front of life, it will be all worth the wait for the blissful and sugary & honey love life he will get to experience at the end. This combination of Mercury and Venus does foretell a relationship that makes him feel nurtured and emotionally safe where he Feels like Home is stored for him.

We wish Tae a warm and joy-filled happy born day! May his inner child always stay evergreen and keep igniting the inspiration in people’s hearts. We purple you!

Stephen ‘tWitch’ Boss, DJ for ‘Ellen DeGeneres Show’ dead by suicide – What does his birth chart say about him?