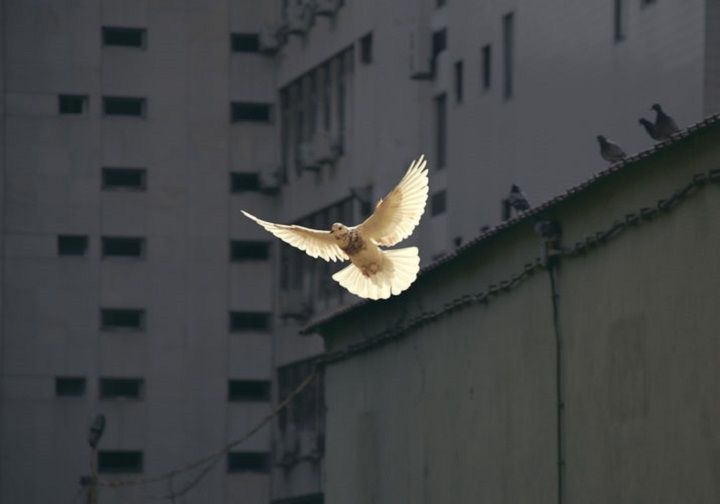 Moksha is only obtained when a person can find the truth of life and can see beyond the ignorance of living. The attainment of Moksha is also greatly tied with the concept of Karma as it is believed that our past and present deeds determine whether we shall obtain Moksha or not. It is believed that until you attain Moksha, your soul will be stuck in the cycle of death and rebirth.

The deconstruction of the word Mokshay is Moha (mirage) kshaya (elimination). From the word alone, it is suggested that Moksha is a goal only obtained when we are free from the mirage. But what mirage? It is the mirage that the world has created or our worldly desires.

We as human beings are always chasing after one thing or another, hoping that it would lead us to happiness. We chase after money, love, and status in the hopes that it can give us happiness and that is where the mirage comes from. No matter how much we achieve or gain, we always want more from life. Unless we are able to get free of the moha (mirage) of the world, our soul shall forever be caught in the cycle of Samsara.

Every action that we take due to moha is Karma. In fact, the very act of taking action creates Karma. Karma is the concept that everything in the world is interdependent with one another and is related to each other in one way or the other. Our smallest action can lead to the chain of events that will eventually come around to us.

Karma does not provide quick retribution but shall always work its way into our life. As such, every good deed does not get rewarded and not every bad deed gets punished. However, in due time, each of us will have to face the consequences of our actions.

For a person to be able to attain Moksha, they have to be free from the Karmic cycle. Their Karma should be neutral in order to achieve Moksha.  A neutral Karma is achieved when a person does not have any ulterior motive behind his action resulting in the lack of moha.  Until one is unable to let go of moha and live in the moment, they are bound by the cycle of Samsara. People go through the cycle of rebirth to get a neutral value to their Karma and get a chance at attaining Moksha.

The natal chart of a person tells everything about the person’s life which also includes the chance of a person attaining Moksha. The 12th house of an individual’s natal chart is the key house to find out their chance of obtaining Moksha.  Taking a look at the 12th house’s lord along with the planetary position and alignment, we are able to see the chances of the person shall walk the path towards Moksha or not.

In the upcoming posts, we shall put this theory to use and talk about celebrities’ past life, rebirth and the prospect of Moksha for them. This is strictly for the purpose of content and fun,  and not something that is to be taken seriously. If you want to know how to achieve Moksha , whether or not you would attain Moksha or Nirvana, you can always get a good reading about your Natal Chart by reaching us here.