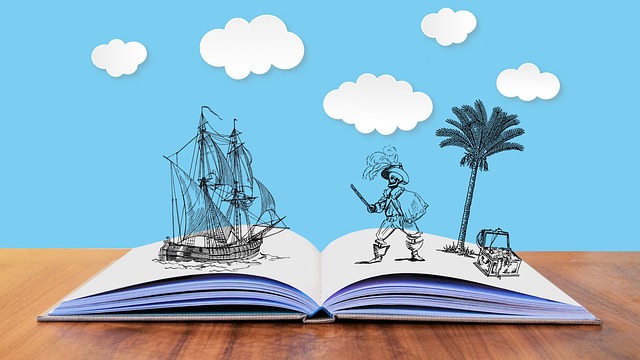 Twitter users showered appreciation to Depp with #IAMJohnnyDepp for standing with his TRUTH becoming the brand and hope for male survivors of domestic violence.

As the news of Johnny Depp dating his Attorney Joelle Rich involved in the UK lawsuit, has been creating a buzz in numerous news portals, on the other hand, #IAMJohnnyDepp was trending on Twitter on 27th September.

The best part of this trending #IAMJohnnyDepp was, Twitter users exhibited their bravery by sharing their traumatic experiences from their relationships. The tweeted post with the hashtag has its essence used for a good cause to vocalize domestic violence and spread awareness of gender stereotypes in intimate partner abuse or domestic violence.

Johnny Depp and Amber Heard who were both acquainted on the set of “The Rum Diary” in 2009 ended up dating around the end of 2011 or the beginning of 2012 and got hitched in 2015 in a private ceremony in their home in LA. But little did we know, the same couple who once both claimed to share undeniable chemistry between them ended up in an unbelievably chaotic & tumultuous relationship that within 15 months they called their marital bond quit. Heard alleged Depp of physical abuse during their relationship, usually under the influence of drugs or alcohol.

The Aquaman star had penned an open op-ed for the Washington Post titled “I spoke up against sexual violence-and faced our culture’s wrath. That has to change”, in 2018, claiming that she was a domestic abuse survivor. Though Depp was not specifically mentioned in the op-ed piece, on March 2019, Depp sued his former wife for defamation over her Washington post-op-ed claiming it brought new damage to Depp’s reputation and career. Following this, the former couple was embroiled in an intense defamation case over abuse allegations.

In April 2022, the series of taped conversations played for the courtroom during Depp’s testimony, in which The Aquaman actress, 36, once admitted hitting Depp along with pelting him with vases, soda cans, and pots and pans highlight the physical violence was involved in their relationship. The explosive audio confession shed further things on matters that Heard was responsible for Depp’s index finger injury which was sliced off due to her throwing a bottle at him. Heard could be heard mocking Depp by calling him being a “baby”.

It’s the 1st June 2022, Johnny Depp got a big win in this highly publicized defamation trial where the Jury reached a verdict that Depp has proved that the penned op-ed Washington Post by Heard was about him, that the article was groundless and it did damage to his reputation, With this Jury, ruled that Heard’s op-ed references to ‘sexual violence’ and ‘domestic abuse’ were false and defamed Depp with actual malice.

Was there any clue in Depp’s chart for intimate partner abuse?

As discussed earlier how the fourth house reveals a native receives happiness from a mother and quality of motherly affection, when it comes to happiness and affection from an intimate partner, it’s the seventh house to be observed. Hence, analyzing his seventh house (house of potential), its lord Saturn is retrograde in the same seventh house. Saturn which is responsible for posing melancholy, failures, and separation to hold the lordship of his seventh house of relationship while occupying the same seventh house signifies he is exposed to vulnerability of a strifeful relationship. There would be tiffs and altercations that can lead to a quite toxic and abusive relationship. Saturn which causes differences to dwell in the retrogressive state further reveals that Depp is to confront intellectual differences to such a degree inviting nasty arguments and violent fights too. Discord and distances can easily crop in his relationship aspect of life if he is to react compulsively when differences are confronted. Hence, words uttered out of anger to an intimate partner will bring immediate consequences but vexatious one.

When it comes to the quality of intimate connection with the spouse, the D-9 (Navamsa) chart is not to miss out on analyzing. And the seventh house in D-9 (Navamsa) chart exhibits the behavior, temperament & emotional attributes of a spouse. And Mars -the red planet significator of aggressiveness and anger occupies the seventh house of his Navamsha chart entails his spouse endowed with Mars-like qualities of aggressiveness, wrath, and hostility. Furthermore, as malefic Rahu is also settled in the same seventh house of his D-9 chart whereas Rahu has its propensity to magnify the quality of the house it is occupying or the planets it is associated with. As a result, Rahu also resides in the seventh house together with Mars in his Navamsa chart can amplify the hostility and aggressive behavior of his partner.

Moreover, Rahu is notorious for having erratic, cunningness, and manipulative energies which is why considering his turbulent relationship where false allegations and manipulations were involved in his relationship with Heard does give a clue here that he was vulnerable to intimate partner abuse. And the debiliated Jupiter in the first house of his D-9 chart can’t be missed out to highlight that Jupiter which bestows happiness and joy in a native’s life in a debilitated position can lack that capability to deliver bliss in married life where a native is vulnerable to suffer misery and sorrows. This does suggest that he is to remain selective and adopt patience before deciding to embark on a marital journey with a specific life partner else there is a higher probability of him ending up with a partner with anger issues and cunningness to an extent.

Observing both of their natal charts, they are depicted as less appropriate pairs to pursue a romantic relationship as both of their seventh house (house of relationship) are spoiled by the unfavorable state and less positive placement by the planet in their charts. In Johnny Depp’s case, the retrograde Sani aka Saturn as lord of his seventh house to occupy and the formation of dosh namely “Manglik Dosh” in the case of Amber’s birth chart are elements spoiling their seventh house from conferring blissful conjugal marital life together. The retrogressive influence of Sani from Depp’s chart and Mangalik’s influence on Amber’s birth chart indicates a conflicting and clamorous relationship between them. The dynamics of their relationship will lack harmony, appreciation, and understanding severely that abusive behavior is vulnerable.

Their language toward one another will be quite abusive and both of them will have that poor reconciling skills. They will be quite incompatible to address that uncomfortable conversation they need to have to resolve conflicting matters as they are easily likely to get triggered when differences crop in. This strikes their pride and fuels them to prove their points rather than solve the discrepancies. Their natal chart depicts their marital relationship to be short-lived. As a result, they were likely to instigate divorce as splitting would be the new definition of “Happiness” for them as they sail through their marital journey.

Were they in a Karmic relationship?

Let’s discover if the planetary alignments in both of their charts speak the same language as assessed above.

Saturn is the planet of karma that is in charge of reservoirs for all of those karmic debts or karma we have accumulated throughout life. On this note, if the relationship bears heavy karmic debts or not can be assessed with the aid of Sani’s position in the chart. Looking at their chart, both of their Saturn are in a retrograde state. A planet in the retrograde state or a moving backward state indicates the person has debts to pay off debts related to his/her back, I mean, past karmic debt to clear off related to the house it is occupying. Things to amaze, both of them having retrograde Saturn in their natal chart can be considered it’s a red flag that they are to opt not to cross the boundary of workmates as this boldness can hold them liable to pay off not only heavy financial resources but suffer mainly, emotional & mental peace. Their romantic relationship will bring contentment in life whereas the chemistry will wear off being replaced with conflicting and chaotic chemistry between them. Thus, the retrogressive influence of Saturn-Karma atonement in both of their natal chart gives clues that they are to end the relationship with a tragic and traumatic end.

Furthermore, Depp has his Sani retrograde in the seventh house (house of relationship) which implies he is to cleanse his karmic debt through the lesson learned from the karmic relationship which is why the karmic bond with Amber would be beneficial to look with perspective something valuable lesson his retrograde Saturn has to teach him which will indeed go a long way to advance in life and finally settle with his karmic debts ending up with someone to call his soulmate at the end. If he is to remain closed-minded and brush off old memories that are a nightmare and learn nothing, his karmic debt is unlike to clear off. He will keep on inviting similar sorts of toxic and traumatic relationships.

In regards to Amber Heard’s case, her retrograde Saturn is in the sixth house (house of legal issues, enemies, and problems in life). Thus, her karmic debts are likely to pay off when she is to grasp the lessons & wisdom from those people who ooze off the inimical energies or she has faced legal issues. This does give a clue here that her priorities to learn from the highly publicized defamation case with Depp and people who she mismatched with friendly vibes will liberate her from karmic debs and ward off the vulnerability of falling into karmic relationships thereby leading to peace and prosperity.

They will have to treat the Destruction they went through in their relationship as something valuable lessons in life wrapped in unexpected ways so they could release their karmic debt and allow room for something better to create in their life.

The Goal was the TRUTH

Johnny Depp indeed fought for his justice and the Truth he believed in even though the odds were against him as he was aware of the fact that despite whole words against him, the truth is always with him. And this indeed is a movement that has encouraged male survivors to stand for their truth while breaking the stigmatized gender stereotypes on masculinity alone. And with the celebration and encouragement to those of both gender to share their vulnerabilities the hashtag # IamJohnnyDepp trended on 27th September 2022.

Ending with his words he uttered when his faith and belief in his inner TRUTH that he is innocent and be that beacon to come forward who has gone through exactly similar situations he was in: “six years later, the jury gave me my life back. I am truly humbled. I hope that my quest to have the truth to be told will have helped others, men or women, who have found themselves in my situations, and that those supporting them never give up.”