Selena Gomez: Love Thyself – My Mind and Me 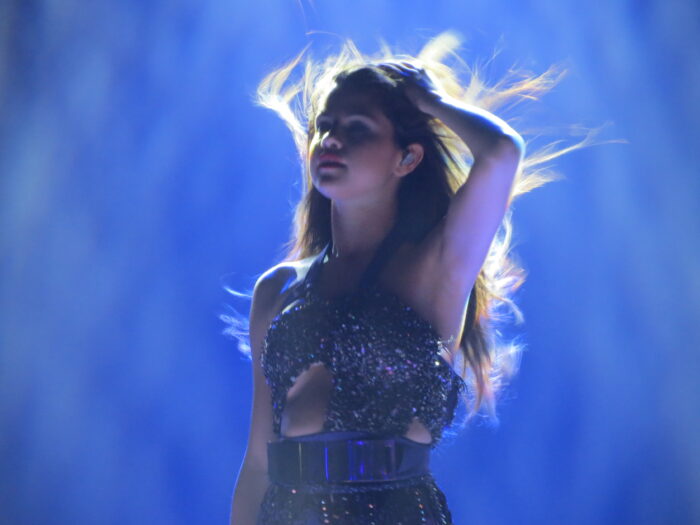 We often are looking for that person who is the perfect one and have an immense desire to end up with that partner. But before we seek or pursue that right person, the one meant for us, we forget to become ‘That Right One’, at first. We must first ensure that the sort of partner we wish to have in our own lives, is a mere reflection of our bond with ourselves. And getting along with our own mind and emotions is the crucial factor that will determine how well we would be able to get along with our love partner.

This struggle to get along with your own mind couldn’t be better highlighted by the most popular released Apple TV+ documentary ‘Selena Gomez: My mind and Me’. This documentary takes us to the raw and real side of Selena which is sheerly contrary to what we are exposed to. The struggles with her voice inside of her head which seems to be often toxic and self-deprecatory break the illusion of fame & popularity as happiness but shed light on the fact that fame & popularity has their price to pay.

Watching the footage of the 2016 ‘Revival’ tour of hers, she was body shaming herself for appearing as a twelve-year-old boy showing how overwhelming pressure she was carrying on herself to look perfect and so-called feminine. Selena in the documentary also shares about her bipolar disorder due to which she behaved in the most hurtful manner with her parents. This highlights that before any sort of relationship we build, it’s of utmost importance that the relationship we have with ourselves is a sweet and pleasant one. This will help us get to experience a blissful relationship with the people around us.

Let’s have an astrological read on how Stars & Planets are aligned in Selena Gomez’s birth chart. What made her struggle to get along with her mind, and how it affected her relationship with herself?

Selena is born with Cancer (water sign) as her ascendant. A native with the water sign as his/her ascendant sign is sensitive, empathetic, and intuitive. Their life choices and mental process are governed by their emotions which is why they do things in life that makes sense to their heart rather than their head.

Moon rules the sign Cancer and is the significator of mind and emotions as well. Observing her natal chart, the Moon- the planet of emotions, holds the lordship of the ascendant house and is occupying the tenth(career house). This is why we can witness the pattern of her being emotionally expressive in her music career. She has that creative expression in her music that reaches deeper emotions and hearts of people. She can express her emotional volatility and scars through her music that touches everyone’s heart.

In essence, Moon (being her ascendant lord) signifies her as a sensitive and empathetic soul who feels emotions at their extreme. This empathetic and nurturing nature of Selena is both a boon and a curse to her as this makes her receptive to even subtle emotional hints of people next to her. She has the ability to nurture people around her safeguarding their emotional well-being but this unknowingly lets her soak into others’ sufferings as her own making herself vulnerable. Moon as her ascendant lord exposes her to emotional vulnerability where she can fall prey to overanalysis and overthinking. The struggle to regulate her emotions effectively often ends up self-harming with self-criticisms pulling her into darkness.

Mercury is associated with the intellect of a person and thus the position of Mercury in one’s chart cannot be ruled out from analyzing when it comes to mental health reading. Intellect & Reasoning govern the actions and decisions we make in our life.

Looking at the position of Mercury in Selena’s Birth Chart, it is in retrograde motion in the first house (house of self) making her prone to analysis paralysis and self-criticism which ultimately ends up damaging her own mental & emotional wellness. Her intellect can unnecessarily hyper-focus on her flaws and faults making it hard for her to let go of self-toxic narratives. This negative and self-deprecating self-talk when practiced over a length of time, will expose a Native to vulnerabilities of anxiety and depression. Furthermore, the sixth house is also considered while we do readings associated with mental stress, anxiety, and grief. Rahu is weakly residing in the sixth house of Selena’s natal chart which also indicates Selena’s vulnerability to suffering from mental illness.

Nonetheless, Jupiter, the planet that represents maturity and wisdom is well aligned in the second house within the sign of courage and confidence, Leo. It signifies that the graceful Jupiter imparts courage in her to go through obstacles and challenges in life and learn lessons from those challenges. Thus, despite the struggles in her life, she will turn them into strength and will always look for wisdom in the wounds and scars. Many would collapse and get lost in the darkness when diagnosed with bipolar disorder and the side effects of its medication that could cause infertility. Nonetheless, Selena learned to live with bipolar disorder and shared in one of her interviews that the disorder no more affects her but has brought her closer to her relationship with herself which is the most beautiful feeling.

In nutshell, Cancer as her ascendant, retrograde Mercury in her first house, and Rahu in the sixth house give clues that she was vulnerable to the prospect of struggling to get along with her mind. However the graceful Jupiter in the second house (house of family) signifies that she is to surrounded by immense and unwavering support from families. It is her family who helped her battle with mental vulnerabilities making her resilient, and reflective to overcome her challenges. This has allowed her to unfold the best version of herself.

Selena when asked about her goal in one of her interviews shared that her ultimate dream is to save people’s lives through something whether it’s a song or music, or if it’s just speaking about the troubles and the trials and tribulations that she had gone through.

“Jelena” was one of the iconic celeb couple names back between December 2011 to October 2012 when Selena was in a romantic affair with Canadian singer Justin Bieber. Unfortunately, it was in November 2012 that they end up facing a rift in their relationship which did shatter the hearts of many fans of Jelena. But January 2017 was a new beginning for Selena when she started dating the Canadian singer-songwriter, The Weeknd. Nonetheless, this new relationship with The Weeknd lasted for nearly ten months only.

According to her natal chart, Saturn which causes setbacks and separation is in the retrograde state within the Aquarius sign in the seventh house (house of relationship). This placement of Saturn is often considered less favorable for natives as it poses delays in finding the right life partner and often faces heartbreak in a relationship.

As a result, Saturn carries the propensity to make Selena wait for the deserving date who compliments her. The retrograde Saturn in Aquarius sign exposes her to vulnerabilities of differences in values and perspectives with her loved one which can often create distances and disturbance in her relationship. The presence of Saturn in her seventh house of relationship does give clues for those rifts she faced in her relationships. Nonetheless, her natal chart indicates after the age of 32 she is more likely to be avail for a stable and mature relationship.

After the age of 32, a relationship that assures commitment and nourishes her with deeper love, unwavering accompany, and eternal support while adding healing and happiness is seen in her chart. Furthermore, the in-depth observation of her natal chart indicates that the period after her mid-30s is seen as her golden period in the relational aspect of life. This would be the time when tremendous romantic energies will be playing out for her. She will experience romantic sweetness & bliss with someone who deeply resonates with her core values. She will be blessed with a more harmonious and happier romantic relationship which will evolve her even better than before.