How Each Zodiac Partner Show Their Anger 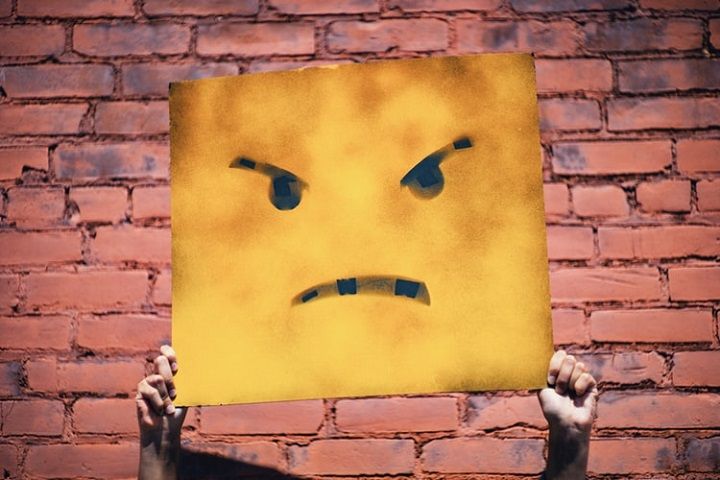 We as human beings are always driven by our emotions. These emotions can be our biggest strengths or our biggest flaws.  Anger is one such emotion that brings out the flaws in us. As much as we try to control it, there are times when you just can’t help but give in to the rage.

Everyone has their own way of showing anger. Not everyone chooses to display their anger or go to confront the people they are angry with. There are some who chose to suppress their anger until they can’t. Noticing when a person is angry can help to defuse their anger before it can escalate. It is even more helpful to maintain a healthy relationship. Here are the ways how each zodiac sign shows off their anger.

If you have ever met an Aries, you know that they are just a bundle of energy. Mars’ energy is the reason for them always being high strung on excitement. Aries is the zodiac sign that is straight forward and honest. If your partner is an Aries and you have done something to make them angry, you will get the response straight forward. Aries do not hold back or go in a roundabout way to tell you that they are angry. Aries have a pretty hot-headed personality. They will immediately explode in a fit of rage and will tell you their exact feeling. Their outburst is short and quick, but you can bet they won’t mince their words to show you their anger.

Patience is one of the strong traits that a Taurus possesses. It takes a lot to make the bull angry as they rarely lose their cool. Taurus’ do not let the little things get to them and are in more control of their anger. But, just because someone can maintain their cool does not mean they do not feel the anger and frustration. When the anger tips over the boiling point all bets are off. Nothing is off-limits, as they will not care what comes out of their mouth as long as they can calm their anger and frustration. Unlike Aries who explode but cool down fast, Taurus, when they are angry, can take a while to get calm again.

Most of the time, Gemini is busy chasing after anything that excites them. They are an easy-going person and show no hostility to others. If you have managed to anger a Gamin somehow, you best be prepared for the witty insults to come your way. Gemini is known for their quick wit. In the state of anger, they Gemini will throw clever insults and line that you may never recover from. While all this is going, they never raise their voice. It is their calm demeanor while delivering those insults that will damage your psyche even more. They may look careless, but it would be wise to not anger a Gemini if you wish to avoid being insulted in witty lines.

As an emotional zodiac sign, Cancer is easily hurt. Unlike the other signs, the crab is not verbal or as expressive about their anger. The way that a Cancer shows its anger is through their behavior. They tend to get moodier than usual and can be crankier as well. It can be difficult to know when you have actually hurt a Cancer because it does not differ much from their usual behavior. If you are still oblivious to the fact that they are angry, they can get sulky and throw tantrums as well. Cancer can hold onto their grudges, so make sure you do not anger them. Be on the lookout if they are moodier or snappier than they usually are.

People who are comfortable and confident do not care what others think. It is the same with Leo. You should know better than to piss off a Leo in a public place as it does not matter to them. It is of little concern to Leo whether you are in a supermarket, restaurant or your nearest department store; they will create a full-blown scene. What others think of their outburst does not trouble them one bit. At the heat of the moment, Leo will show their anger without hesitation. They will be so caught up in the moment that you won’t be able to voice your reasons. You would think that they would apologize for their behavior but that would be thinking wrong.

Attention to detail is one of the strongest traits of a Virgo. They are well aware of the difference between right and wrong. Like Taurus, they do not often show or express their anger. Not showing their anger can spare hurting the feelings of others, but it also eats away the inside of the Virgo. When a Virgo shows anger, they like to bring up past events. Remember the time you did something wrong and thought it was cool that your Virgo partner didn’t say anything? Well, they may not say much, but you can rest assured that they have recorded the event in their minds. if you get your Virgo partner angry, be prepared to go through the list of things you did wrong in the past.

Telling people straight forward how they feel is difficult for a Libra. They like to avoid confrontation as much as possible and will go in a roundabout way to express their anger. Libras turn passive-aggressive when they are angry with you.  Creating a scene and drama is something that they do not know. But, they are more than willing to make their point come across by holding affection, silent treatment or giving snarky comments. You will have to learn to read the signs and ask them what angered them as they will not drop any other hint to tell you they are angry.

Whether you love it or hate it, Scorpios are the passionate bunch. Their love can be intense for you to handle but their anger is on another level entirely. When a Scorpio gets angry they do not play around. They will give you a bone-chilling glare and along the way shall attack you on your insecurities and fears to show their anger. Nothing is off-limits for Scorpio when they get angry. They cannot let go of their anger willingly and it takes a lot of effort to make their anger stop. Even though the situation may be done with, the Scorpio will continue to remember the moment.

Sagittarius possesses a carefree and easy-going attitude. If you have managed to anger the archer despite their easy-going nature then you may have made a really big mistake. Due to their easy-going attitude, Sagittarius is well-liked by everyone especially your mutual friends. So, if you have managed to make the archer angry, you have to be prepared to feel the wrath of more than just the person. You may find yourself in a situation where you can be getting the cold shoulder of both your friends and family members as well. The alliance of a Sagittarius is stronger than you would think.

Always the practical one, Capricorn knows where their attention is required. When a Capricorn is angry at you, they will only get stuck with their anger for a very limited time and will focus on moving on. To the goat, giving too much attention to their anger is not worth their time. They will forget about the problem and you along with it. Capricorns are experts in giving you the cold shoulder. Once you have made them angry enough, you cease to exist to them. It is not difficult for a Capricorn to cut you out of their life without any regrets. You will be spending a lot of time making up to them to get them to forgive you.

Aquarius is another of the zodiac sign who hates confrontation and conflict. The way that an Aquarius shows anger is pretty similar to that of a Capricorn. But, where a Capricorn cuts you off their life, Aquarius disappears from yours. The water bearer will completely avoid you if you anger them. Until their anger is not settled down; you will not be able to meet with an Aquarius. They will not come near you when they are angry. No phone calls, text or even coming to social events where you are. The simple method is often the best one for Aquarius and avoiding you is the simplest method that they know of.

Another one of the emotional sign, Pisces are a bit too emotional. One of the issues that Pisces struggle with is the expression of their emotions. Unlike others who have a clear idea of how to show their anger whether it be by a short explosion, avoidance or cold shoulder, Pisces does not have a proper idea. When a Pisces is angry, they will spiral out of control. They will let their anger embody them and can sometimes lash out on others who are not any part of their anger. They may even turn to spend a lot of money out of anger as well. You will have to intervene and talk about the issue to quell their anger and stop their self-destruction.