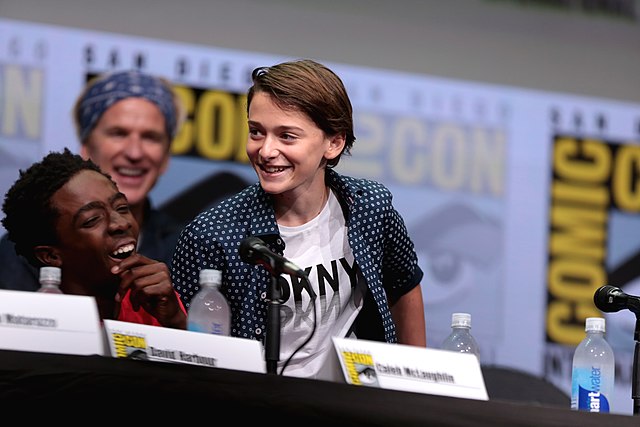 An analysis of the astrological transits and progressions that have taken place in Noah Schnapp’s birth chart might have impacted his come-out story.

The voluntary disclosure by Stranger Things star Noah Schnapp of his sexual orientation as gay took place under the influence of Mercury combustion in the Sagittarius. Mercury combusted on 2nd January 2023 will persist till 13th of January.

In astrology, Mercury is synonymous with the planet of communication and expression. The placement of Mercury in a particular house and sign reflects the way a native will express his/herself. Upon an in-depth look at Noah’s natal chart, this mercurial energy concentrated on the Sagittarius sign will make him a straight shooter, and soar his terseness. He is unlike to be fond of beating the bush around but concise this time around. A direct & honest style of communication and self-expression will be his preference. He will offer himself in an unfiltered way.

Consequently, till this Mercury combustion phase, he is to prioritize transparency to what he feels deep down and upfront about what he values and self-identifies emotionally, psychologically, and intimately.

I guess I’m more similar to will than I thought

Mercury combusts in the Sagittarius sign and is occurring in the seventh house (house of love & relationship) of his natal chart. This combustion shed light on his comfort zone from which he needs to exit and what aspects of his life need to be fixed that support a peaceful and fulfilling relationship. Mercury’s combustion in the seventh house of love & relationship front of his life is offering him a unique opportunity to embrace whatever sensitivity and queer he is endowed with so that he allows someone to enter his life who will be in tune with his inner core.

Rahu-Mercury-Sun dasha is prevalent in his natal chart at this time around. This Rahu dasha is highlighted as the ‘shift’ and ‘pivot’ for him. Rahu dasha can push him to confront blockages that mentally and emotionally limit him. The exposure of his secrecy is also high during this Rahu dasha. Having said that, as he is in the favorable domain of Mercury and the Sun, he is sailing at the phase of emotional release and reorganization. Mercury’s energy is gearing him toward walking on eggshells in an effort to preserve his authentic self. In another word, it’s all about letting go of the facade and embracing his real self.

you nerds are the best fans in the world and last night it showed. THREE @peopleschoice AWARDS INCLUDING BEST SHOW! #PCAs pic.twitter.com/Dh64W1PenJ

Mercury’s combustion is also to play out as a period to clear confusion and let the inner voice govern life decisions. This Mercury combustion carries the theme of the cycle of birth & death for him. Something has to die so that new can be born in that place. And his heart-guided action is to be rewarded with freedom, and relief. As a result, he is welcomed with warmth, nurture, and care upon his coming out of the closet. For him, Mercury’s combustion brings forth a brilliant new beginning of living with intention, free spirit, and meaning.

All in all, Mercury combusted within a sign of perfectionism Virgo strives Noah toward perfection in all ramifications of life. For him, perfectionism will be defined as embracing himself in his own skin hence there will be a surge of willingness to live a life aligned with his authentic self and take accountability for his life.