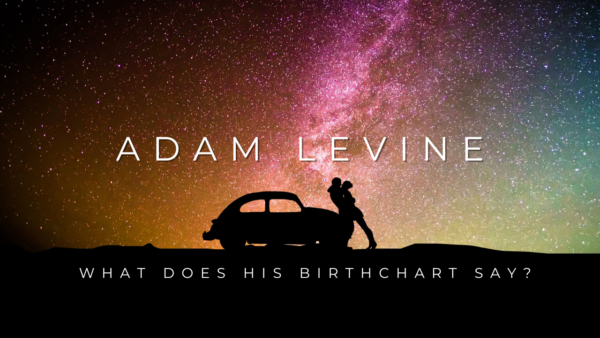 Has Maroon 5 upfront Adam Levine’s Birth Chart hinted at his illicit connection with other females?

On Monday morning, the 19th of September, Instagram model, and influencer Sumner Stroh, 23 dropped a bombshell on TikTok accusing  Maroon 5 upfront Adam Levine for having a year-long affair with her. She alleged Levine manipulated her into having an affair in which she explained how she was naive and young at that time and that she felt exploited. Stroh said they had stopped talking around in June 2022, after months of not being in touch,  Levine DMed her on Instagram asking if she feels okay with naming his expecting third baby after her ‘Sumner’ if it’s a boy.

The full DM read: “Ok serious question. I’m having another baby and if it’s a boy I really wanna name it Sumner. You ok with that? DEAD serious.” He followed up the message with a shrugging emoji.

On Tuesday, 20th September, Levin broke his silence via his Instagram story denying cheating on his wife but admitting he did cross the line during a regrettable period of his life. “I used poor judgment in speaking with anyone other than my wife in ANY kind of flirtatious manner. I did not have an affair, nevertheless, I crossed the line during a regrettable period of my life. In certain instances it became inappropriate.”

Prinsloo is yet to make a public statement about the allegations to date however Levine has promised to never repeat such a mistake and take full responsibility for it. He ended with an optimistic note that he and his family will get through it together. However, seems like this scandal is further blowing up as at least four other women have come forward with the screenshot of flirty messages purportedly received from Levine.

Was there any planetary indication of illicit connection in Levin’s birth chart?

His natal chart depicts him as a sort of life partner who is very giving and compassionate toward his wife and will give anything to spend eternity with his partner. Though he is vulnerable to indulging in illicit connections with other females however he is the sort of love partner to reflect & rectify his own mistakes and sculpt himself as a better partner for his beloved. The higher value he has placed for families in his life will always keep him bound to family responsibilities thereby fulfilling the role of that deserving husband and father of his families are worth.

Will this scandal push Levin and Prinsloo to the edge of divorce?

Going further into Levine’s chart, there is the formation of less positive “Mangalik Dosh” due to the less favorable placement of Mars. And “Mangalik Dosh” is notorious for posing ups and downs in marital life for a native whereas in many cases, observing the chart of a divorcee, the presence of “Mangalik Dosh” is found. So, does it imply due to those alleged cheating on Levine, he will face the fate of marital separation with his wife, Victoria’s Secret Model, Prinsloo? I don’t think so. Having Mangalik Dosh not necessarily indicates divorce but in many cases, it does signify a native to expose to unnecessary attraction from the opposite sex whereas it can imply ebbs and flows in a relationship for that native.

In the case of Levine, the planetary configurations in his chart do portend it’s unlike the scandal will spoil his marital bond with Prinsloo however arguments and altercations are suspected in their marriage life. Nonetheless, with the supportive planetary conjugation in Prinsloo’s birth chart, they are foreseen to navigate through this with maturity and place the holistic wellbeing of whole families as the top priority which is why the possibilities are quite slimmer for this scandal to instigate any legal separation toward one another.