How to Spend Christmas HolidayWith Your Zodiac Partner? 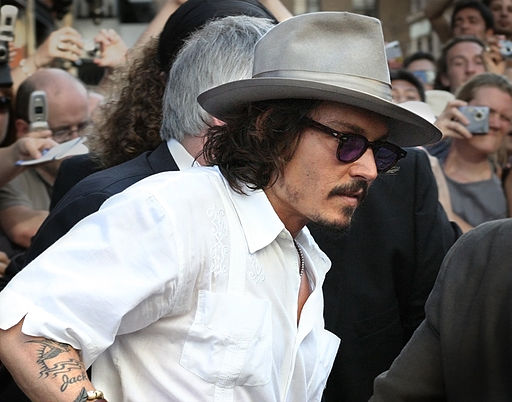 Johnny Depp, the most famous name in Hollywood has always been on a roller coaster ride throughout his life. Since we already have covered the astrological perspective regarding his relationship with Amber Heard and whether their relationship is a Karmic one or not, we will now read Johnny’s Birth Chart to have more insight into his earlier days.

Let’s start an Astrology Birth Chart reading on Depp’s life from his abusive childhood, his relationship with his Mother ‘Betty Sue Palmer’ and his drug abuse.

Reading the Birth chart of Mr. Depp, The Pirates of the Caribbean star, had patchy roads growing up. He had kept things unwrapped about his estranged relationship with his late mother, Betty Sue Palmer. Depp shared how he was abandoned during those periods of his time when motherly affection and support meant the whole world. He had opened up in his earlier interviews and to the court during the 2022 defamation trial against ex-wife Amber Heard as well that abuse came at the hands of his late mother. His mother would often beat him and fling things whatever was in her hand which didn’t matter if it was “a high-heeled shoe”, “a telephone”, or “an ashtray”.

But things to worse, her abusive behavior was limited not only to physical but emotional and psychological as well where his mother would pass malign remarks on his insecurities. Depp had shared how his mother would insult him for his lazy eye which was simply a born defect. And these were his words uttered at his mother’s funeral: “My mom was maybe the meanest human being I have ever met in my life.”

What his Vedic Natal Chart has to say about his bond with his mother?

It’s the Moon and the fourth house is associated with the quality of the relationship a native will get to share with his/her mother. Thus, observing the placement of the Moon-significator of Mother in Johnny Depps’ Vedic chart, the Moon is in conjunction with malefic Ketu. Ketu is notorious for being a detached planet which is why it poses the element of detachment & isolation associated with the houses it resides in or the planets it is conjoined with. As Johnny has his Moon conjunct with the detached planet Ketu which does imply he is vulnerable to being abandoned by his mother and that he is always to have that sense of detachment in their relationship. He was vulnerable to a lack of motherly warmth and affection in his life with this conjunction between Moon and Ketu.

Furthermore, Ketu whose energy is eccentric, rebellious, cruel, and dark and it exposes him to vulnerabilities of cunningness and cruelty from his mother’s end to that extent it could be abusive that he is mentally and emotionally tortured. Rather than loving and supportive behavior from his mother’s end, he was likely to receive irrational and erratic treatment from her end. Further going into his natal chart, the fourth house (House of mother), its lord Venus is in conjunction with Sun. this combination of Venus and Sun is unlike promising to play out favorably as this conjunction tends to obscure the flow of love and affection from his mother’s end. As a result, his natal chart exhibits that his relationship with his mother would lack that cordial and cooperative element.

In nutshell, he was vulnerable to an abusive childhood with the lack of loving presence from his mother’s end.

Drugs Professor Peter Cohen has arguments expressed that drugs and alcohol addiction isn’t addiction but when things are looked at granularly, it’s a myth as it’s a “Bond” that human has developed with drugs & alcohol just like a human would develop with other human beings. He prefers to call it “Bond” than “Addiction”. On this note, as Johnny Depp had grown up with an abusive mother where he was deprived of that nurturing and loving bond with his mother, thus, it can be assessed things that, he was vulnerable to developing a bond with drugs & alcohol which he lacked from his mother.

And to misfortune, It was at the young age of 11, he experimented with drugs with his mother’s nerve pills. And cigarettes were already tasted by him at the age of 12 whereas as he reached the age of 14, all sorts of narcotic substances or drugs he had himself experimented with.
Depp had shared in his early interviews that he had poisoned himself with alcohol for years whereas Depp had confessed his Roxicodone and alcohol addiction in the 2020 libel trial. He also admitted to his indulgences in substances such as MDMA (Ecstacy or Molly) and cocaine during his relationship with Heard.

His bond with Alcohol and Drug

Moon and Mars are the significators of drugs and alcohol respectively. And as per Johnny Depp’s birth chart, he is born with Moon as his Lagna (ascendant) lord. And as mentioned earlier segment regards the relationship with his mother as well, his Moon is in conjunction with a Ketu-headless planet. As the Moon significator of emotional and mental state conjunct with Ketu’s headless planet, he is prey to a directionless mind and his swings of moods. Thus, decisions made in his life will be more governed by impulses and emotions. He can apt to binge on alcohol and drugs to cover his deep feelings of sorrow and depression.

And not to miss out on how Moon is the significator of the mother along with emotions and drug & alcohol as well and Moon’s association with malefic Ketu in one of the trik houses (i.e. 6th house of his birth chart) does indicate that the way he experimented himself with his mom’s nerve pills, cigarettes, and all kinds of drugs at such a young age was an emotional response to that mental chaos and deprivation of motherly love. Furthermore, the Mars-Tamasic planet which represents drive, fire, and energy to occupy the second house of his natal chart does signify his vulnerability to indulge in tamas-the quality of inertia, inactivity, dullness, and lethargy.

As a result, the way he poisoned himself with alcohol for years and indulged in Roxicodone, MDMA, and cocaine does explain that under impulses he can seek solace in Tamasic foods which dulls and set the inertia in his body. Nonetheless, Jupiter-significator of wisdom and well-being is well aligned in the ninth house of his natal chart does indicate Jupiter will gear him toward evolvement despite tempting obstacles in life. With his goal to be an as better person from his own experiences including both success and failures, he is to overcome obstacles and the temptation of self-destructive activities along the journey of life.

Selena Gomez: Love Thyself – My Mind and Me